?My husband Ronald had a massive and completely debilitating stroke after working many years as a paramedic. Our family was thrown into a world of hurt and hardship. Faced with a complicated and intense case;?Michael Burgis was our hero!?He helped us understand and appreciate the intricacy of the laws designed to protect Ron and others like him. He cared deeply about our case. He actually went all the way to?The California Supreme Court?to see that Ron could receive a life of dignity and worth. Every detail of this case was important to him. I believe that having Michael Burgis represent my husband was the best decision I ever made. He doesn?t give up and he REALLY cares!??? Cindy Westerman and the Westerman family. (Client)

Supreme Court Victory in catastrophic injury case! Recovering a life of dignity and worth.

Need ?THE? Attorney? You should definitely call MICHAEL BURGIS, Esq. Recently, Attorney Burgis represented me in a Workmen?s Compensation case. I found him to be fair and upfront?.NOT shady. He explained the positive as well as the negative aspects, sticking with the facts. Totally prepared for trial, he exhibited extreme thoroughness and knowledge of the intricacies of my case. During trial, his representation was professional and ethical.?Michael Burgis is:

Give him a call. You definitely won?t be disappointed. You will be glad you did. Michael Burgis, ?A Powerful Force to Be Reckoned With?! Incredibly Amazing!?-D. Williams

?Michael represented me for my Injury Case and because of his ?go getter? attitude and great work ethics I was awarded 79K more than I ever expected!! I highly recommend him.??? Maria Armenta, Client

?I have known Michael for over 10 years, and he continues to prove that he is a tenacious competitor. I have witnessed Michael?s professional development, and continue to admire how his personal development is always a priority. Michael is a fighter; he never gives up on ?the right thing to do?. His winning attitude and desire to challenge the ?status quo? is his family trademark. He is a family man that carries over strong unwavering values from generations before him. Mike is a great man!??-Ivan Camacho Spouse of former client and personal friend.

?Michael is an exceptional attorney. He is creative, aggressive (when needed) and always has his client?s best intentions in mind. He has always been a pleasure to work with. I?d highly recommend him to others and have personally referred him clients in the past. If you?re looking for an outstanding attorney, look no further.??Sona A.Tatiyants?Managing Attorney at?Tatiyants Law

My name is Jerry Dileva, My case involved multiple injuries and multiple dates, so it seemed very complicated and confusing. My previous attorney didn?t return my letters or my emails, and I really felt that she didn?t represent me correctly, when I met Michael, I went to his office and there in his office, he explained to me about my case and that it was going to be very complicated, he mentioned to me that he was going to do the best he can, for me, my family and for my future needs. He is surrounded by a staff, a staff so excellent, they are very knowledgable, professional, and very kind and courteous. One in particular is a case coordinator, named Janeth Escobar, I often called her and she would be more than kindly to answer my questions. When Mike took the case, two years and about two months, he wen?t through the case, and what my case involved was the injury and the dates, and it was to the point where it was confusing, the defense attorneys actually appealed it two times, Michael Burgis wrote an appeal for me and the book was actually 3 inches long. I feel that michael is one of the best, my case became a law and to be honest with you I was very hurt, so bad that I was wondering how can I help others, that?s my whole life, helping others. And when I learned that my case became law for the State of California, which is Dileva vs the Northrop Grumman Corporation, I was excited. If you are really serious in a Worker?s comp case, what can I say, Michael Burgis is the guy, his staff will treat you right, you?ll go in the right direction, and I guarantee you will win. 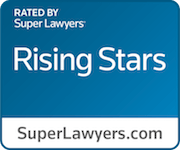 Our primary goal is to make you whole by obtaining compensation for your physical, emotional and financial setbacks. We achieve this goal by being extremely proactive and aggressive in handling your case. We review the pertinent facts and analyze your situation to determine the appropriate strategy moving forward. We make sure that you obtain the necessary medical treatment, coordinate your medical appointments and advise you in applying for any supplemental benefits for which you may be eligible, such as unemployment benefits, State Disability Insurance benefits, or Social Security benefits. 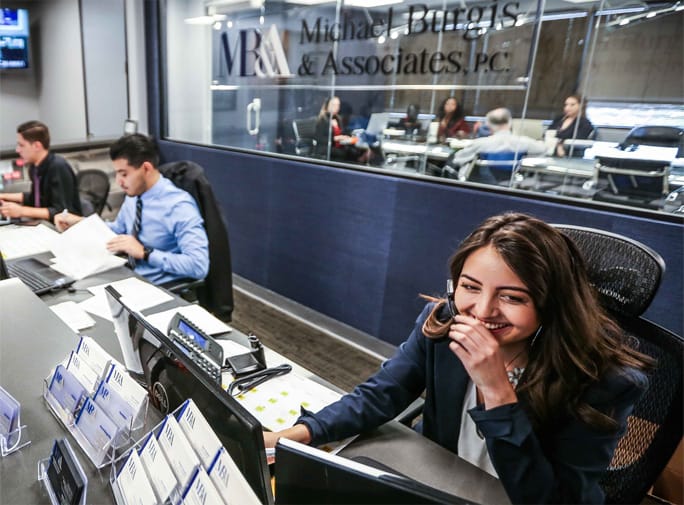 "I can honestly say that every attorney that works for our firm and goes up against Michael Burgis agrees that he fights for his clients and is very well respected."

Tell Us More About Your Case